Stress and Learned Helplessness: Solutions in the face of Mass Shootings 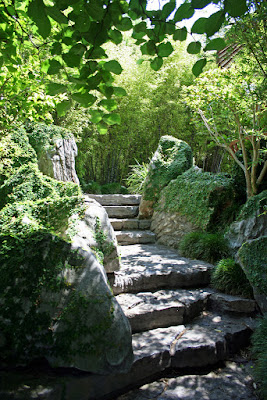 Since the recent mass shooting in Florida, I am hearing a general sense of hopelessness and helplessness expressed among those I talk to.  There is an expressed feeling that, "It's never going to stop", or "It's just getting worse."  I'm hearing from people the belief that there is nothing that can be done to stop this growing problem or to change things, but these conclusions stem from the belief that we are powerless and helpless over the situation.

The research that was done by Martin Seligman in 1967 on Learned Helplessness taught us that we are capable of believing that we are helpless when, in fact, we are not.  Once this belief sets in, depression can take root as people gather a sense that there is no hope.

What Seligman's research taught us as well, was that once this belief sets in, we can become a bit blind to any actual solution or path that leads out of a seemingly hopeless situation, and the result is that we begin to give up trying to find a path out.

The solution, of course, is to become aware of the open doors and paths that can lead back to a sense of grounding or footing that feels even the slightest empowering, inspiring, and motivating.

When I asked people recently what they themselves could do to try to bring change to the world regarding mass shootings, many felt powerless to find an answer.  It seemed some felt their answer would not be good enough, and others seemed to worry that something might be expected of them if they suggested a possibility.  The sense of powerlessness also resulted in expressed anger that many have directed at various targets.  The NRA.  The politicians.  Child rearing practices.  Men.

These feelings are understandable as each individual tries to sort out for themselves what the problem could be.  It's very human of us to try to identify the problem so we can resolve it somehow.  But if we feel overwhelmed by the problem, and not fully sure of the solution, we may begin to slide into that abyss of helpless feelings that lead to depression and surrender.

One of the keys to this problem for each of us, is to search within ourselves to try to determine what we personally can do to move society as a whole toward a remedy of the problem.  Even if it seems like just one small step onto the path that leads us all toward a solution.  There are small things each of us can do now to try to help.

For one thing, check your own passive-aggressive behavior at home and in the workplace.  Be the non-violent role model you want to see in the world.  In addition, become comfortable with your own sense of human anger so when others express theirs, you don't shut them down or stop listening because you are so uncomfortable with the emotion.  Unheard anger gets stuffed and ends up coming out in ways none of us want to see or experience.

There are lots of people right now making attempts to create change regarding our growing history of mass shootings.  If you are having a hard time coming up with an idea or solution to champion, then get on board with someone elses' project to raise funds for metal detectors, or raise awareness for changing gun laws, or parent-child conflict skills training, all of which move us down the path that does exists for reaching a solution.  Don't assume that someone else will take care of the whole thing or that someone else "should" take care of it for you.  Get involved and be a part of the energy for change.

It's very important to look most strongly in the mirror at yourself and what you personally can do to participate.  From protesting to writing letters, from making a call to making a donation, from writing a blog to volunteering.  There is a path out of this, but it's not something that each of us is helpless to.  It's also not something that only everyone "else" is going to do.  The reality is that you are not helpless.  Each one of us can do something and if everyone of us does something, the whole of our society moves along the path one step at a time towards the solutions that do exist.

Thanks to Brenda Clarke  for her wonderful photo
https://creativecommons.org/licenses/by/4.0/
Posted by Mary M Foster, MA LPC at 1:55 PM