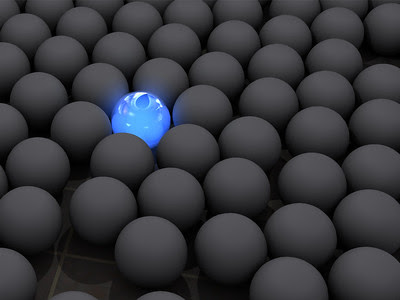 I know a lot of people have lost their jobs recently in a short amount of time.  Many can’t afford to see a counselor right now, so I want to share what you might find psychologically helpful, without stepping into a therapist's office.

As a counselor I know the importance of normalizing situations for clients.  In other words, helping them see how what they are going through is similar when compared to, or sized up to, what others in a similar situation are going through.  So let me tell you the key themes I’ve noticed while offering online counseling, during the first 4 weeks of the COVID situation.

Week #1:  If you felt like you were being pushed rapidly by a wave of energy that was demanding of you to go home, work from there, and figure out how to make that just “happen” nearly overnight, you were not alone.  Many people went through waves of awareness and denial while trying to sort out if the situation was serious enough to even warrant a plan to work from home.  As one business and school after another closed, most people began to realize--this is real.  For others it meant that work just ended, income was stopped, and the future was a sudden blank slate--empty of information.

Week #2:  During the second week of COVID if you were feeling angry and frustrated that you had no choice but to work from home, be laid off, or cope with a situation you could not control--you were in the norm.  It’s like when you go through the grief process and get through your shock and denial, and then comes the anger.  Many people were mad that their lives had been disrupted and they had no choice but to stay home, go without pay for many, and live a much more limited life.  Favorite places were closed, familiar items were no longer available, and needed items were vanishing from the shelves too fast.  So if you were grumpy on week two, you were pretty much in the norm.

Week #3:  A lot of depression and anxiety set in during week #3 as folks began to wonder, “how long is this going to last” and, “when will we be getting back to normal”.  I think people were trying their best to endure and hold out in hopes this whole thing would be over soon.  But realizing that it was only getting worse led to a lot of anxiety about what is to come (the unknown) and depression about what’s been lost, changed, or place outside of everyone’s control.

Week #4:  This week it was clear that folks have been starting to feel suffocated and closed in upon by those they are living with, and are now forced to be around much more than before the stay-at-home orders and social distancing set in.  If you are feeling this, you are having pretty normal feelings as this seems to be what’s happening in many households right now.  So no, you’re not "losing it".  Those around you are feeling the same thing.

I know a lot of people are afraid and fearful after losing jobs and possibly income.  And since I know not everyone can afford psychotherapy right now, I’d like to share with you what you might already know from your own experiences of these first 4 weeks of COVID-19.  If it helps you in any distant way--via this writing--to gain some free counseling information, here it is:

On week one I recommended that people create a structured schedule for themselves that included exercise, bathing, brushing their teeth, walking, house cleaning, laundry, and time away from those they live with.  Week two I encouraged folks to find new outlets for their emotions because the kinds of things they used to do to release tension are in many cases no longer available right now, such as fitness centers, bars, restaurants, and shops they once visited.  On week three I focused on mindfulness practices to help clients bring the mind back to the present instead of focusing on the “what-if” thinking about the future, and catastrophic thinking that leads to anxiety symptoms, or the could-of, would-of, should-of thinking that focuses on the past and leads to symptoms of depression.  This week (week 4), I focused on normalizing as it is common to believe that when you are in some difficult and unfamiliar or unpredictable situation or emotions, that you are somehow outside the norm.  (i.e., “losing it”, or “crazy”), etc.  Nope!  It’s pretty normal right now to be feeling cooped up, suffocated by loved ones, a little irritable about the demands of others, and that you could just used a little space.

Since COVID-19 is a new situation, we don’t have much to compare it to that can tell us what week 5 will be like.  For most, each of the prior week’s emotions and feelings has been unfolding as time creeps on.  But I can tell you what I’m beginning to see little hints of, and that is the incredible creative spirit of the human being.  In my area, Denver, people have begun going outside and “howling” at 8pm to acknowledge all the efforts being put in by everyone, including nurses, MD’s, volunteers, those who still have to work, and those who are struggling with sudden unemployment.  My own personal interpretation of the howl is that I hear it as a “don’t give up” trumpet in the early evening, a “we see you and are with you” message that we can all get through this.  It has in it a “we’re all in this together” and “you are not in this alone” message that is that part of the human being that we’ve all been hoping is still there.  That creative, kind, and loving part of the human being that has in it the ability to stretch and think outside oneself about a greater cause.

Don’t be mad that your fellow citizens bought up all of the toilet paper.  They were just scared and all of us had an expression of fear in some way or another over the last 4 weeks, be it buying toilet paper, or stocking up on sanitizer and meat.  What’s important now is that we flow with the creative human spirit that is surfacing, which will (and can) show us the way out of this.  If we didn’t have a collective human sense of self-esteem, we’d of never been able to come together and do what we need to do now to save as many of us from death as possible.  If you ever lost hope about whether we humans can come together to save our planet, look at this COVID situation to cheer yourself up.  As you can see, we are capable of coming together if we try.  The last four weeks have shown us that we are capable of such unification.


Thanks to Sawtooth for the great photo
https://creativecommons.org/licenses/by-sa/2.0/
Posted by Mary M Foster, MA LPC at 6:42 PM