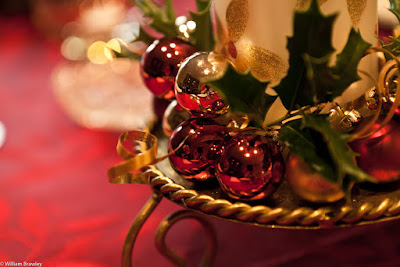 In Buddhism, greed is considered to be one of the three poisons, alongside ignorance and anger (or hatred).  Greed is an interesting concept when you think about it.  It means:  "A selfish and excessive desire for more of something".

During the Holidays we can see the worst of people's greed show itself.  "I want" is a frequent comment we hear as people list off all the things they want for Christmas.  "I want a new bike", "I want a new video game", or "I want money".

In America the facts show that only 1% of the richest people in the country hold a much larger portion of the countries wealth.  But no matter if you have or don't have wealth, your leaning towards greed can vary.  A very wealthy person can be quite satisfied with the amount and things they have (and generously share it, as well), while a very average income-maker might continue to want things and money in excess of their ability.  As the definition goes, greed is "selfish" and "excessive".  It's beyond what is actually needed and is wrapped up in the individual's desire for more.

In the United States we are nearly all guilty of greed.  We want more money, more things, bigger homes, nicer cars, more food, more substances, and the more we get the more we continue to want.  The holidays reflect this to excess in things such as the store-front rushes on Black Friday, where shoppers push, shove, and even punch one another to grab the first of an electronic device that has already been stocked up to sell for the day to anyone coming in.

Many elderly people who know they have already lived the majority of their lives--and have begun to downsize and simplify--will many times say, "I don't need anything" when asked what they want for a holiday gift.  Or, they might state only one item that they actually need.  "Just get me some slippers", they say.  Knowing that the ones they have are beginning to wear out.  We can take a lesson from their wisdom.

Greed can be stressful and cause increased stress among those around you.  That's why it's important to keep your desires in check during the holidays.  What's enough?  Ask yourself this frequently while shopping, cooking, spending, and especially when taking in substances like alcohol, sugar and marijuana.  When asked, "What do you want for Christmas?," stop for a moment and consider the giver who may be strapped for money, or worried that whatever they get you might not be "good enough".  Be simply in your desires, and simple in your giving.

Thanks to William Brawley for the great holiday photo
https://creativecommons.org/licenses/by/2.0/
Posted by Mary M Foster, MA LPC at 10:27 AM