The Relaxing Quality of Nature 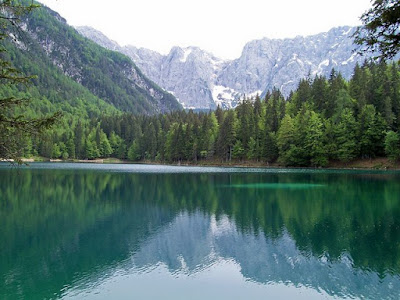 As the world continues to advance and turn to technology to function, the human beings that create the technology search for ways to get back to nature and unplug whenever possible.  The goal is to not get bogged down in the gadgets that were initially meant to make life simpler, but that have instead, created a faster and more demanding world.

No matter how much technology has helped humans to simplify their lives, it has also reminded them that humans are still a part of nature, and also a part of all of the other living beings on this planet that move and function with the forces of nature.

In other words, humans are not the machines they create!  A human being continues to move with the seasons and the natural rise and set of the sun.  Humans need sleep, sunshine, and enough relaxation to renew the changing human body that works tirelessly sometimes to meet its needs.  That's why it's important for human beings to get back out and into nature whenever possible.

There is no debate that it's not natural for the human body to sit at a computer all day.  It's not even natural for it to sit at a desk all day.  For example, it's not natural for the human eyes to focus on an office wall or computer screen all day that is only inches or feet away.  The human eye is meant to look close and far, and sometimes within the same task, such as looking at the mountain tops in the distance and then at the flowers at one's feet.  It's important to step away from your desk now and then and aim your eyes at a distant target such as the horizon or distant landscape.

The human body begins to become unstable when it doesn't walk enough or stand enough or move enough.  And the various senses that the human body uses, need to be exercised frequently in order to stay sharp and function well.  Human instincts can't be sharp if they are not used for anything more than scrolling up and down a computer screen, or for typing.

When looking at what the various culprits are that contribute to your stress, measure the list of items that put demand on your body in the way we might put demand on a machine.  Machines are expected to function non-stop, repeatedly, and many times as fast as they can possibly function.  But human beings can't function that way for long.  Think of getting out and into nature as a way to recalibrate your body and instincts so as to help you remember you are human, and not a machine.

Thanks to Elisa Bracco for the wonderful photo
https://creativecommons.org/licenses/by/2.0/
Posted by Mary M Foster, MA LPC at 3:26 PM